Guide to the Rolex GMT Master

The Rolex GMT Master II is one of Rolex’s most iconic watches, I would say probably only second to the world famous Rolex Submariner, but that is obviously only an opinion. I happen to love my GMT more than my Submariner as I find it so much more useful as I do more travelling than I do diving. But why is the Rolex GMT Master II so popular, we take a look into the history and what make this watch such an icon on todays’ blog. 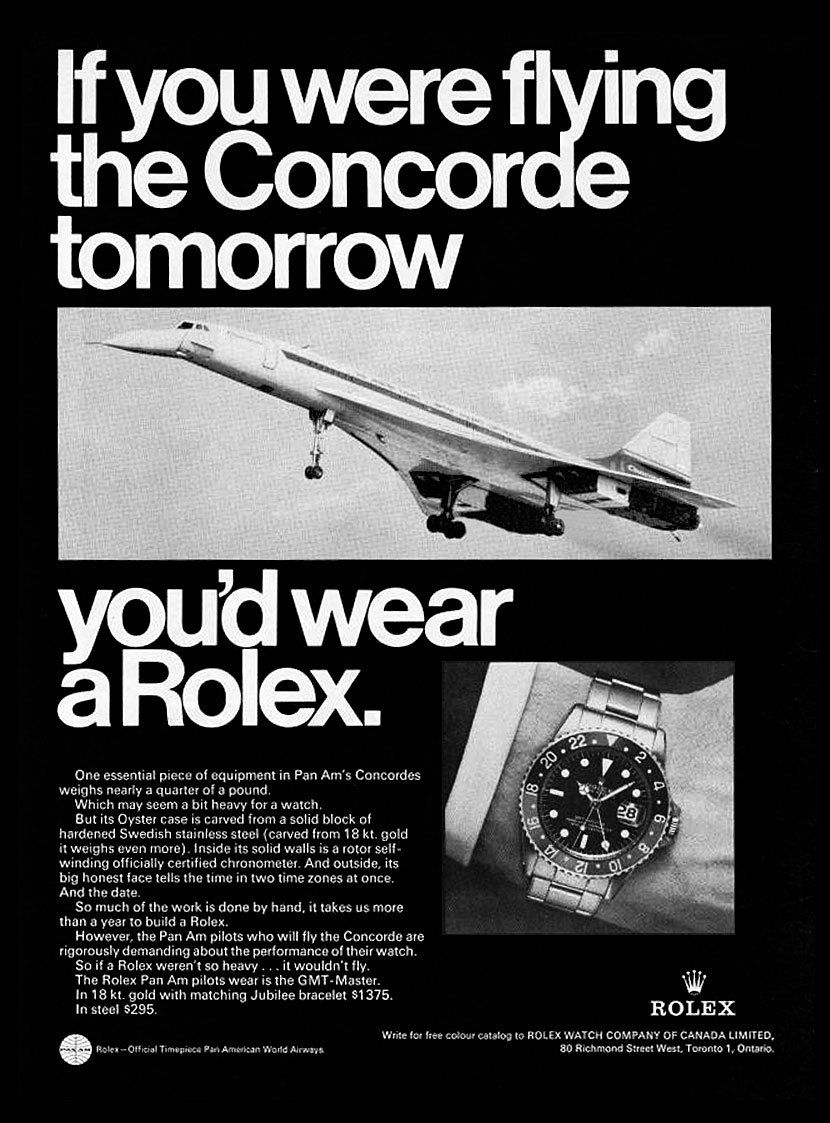 The original conception of the Rolex GMT Master came about as a result of airline company Pan Am Pan American Airways) having a need for their pilots to be able to track Greenwich Mean Time (GMT) on long haul flights as well as tracking another time zone they were flying to on a particular flight. Using the new rotating bezel the pilots were also able to set the watch to any other time zone they wished. This first model GMT had the reference 6542 and was manufactured with a luminous bakelite bezel with turn-o-graph. This initial model had some problems with the bakelite bezel due to cracking and a new metallic bezel was introduced in 1956 to overcome this problem. The bezel had radium base for the luminosity on the hands and the numbers along with the iconic “Mercedes” hands. Referred to as such as the hour hand looked like the Mercedes Benz logo. 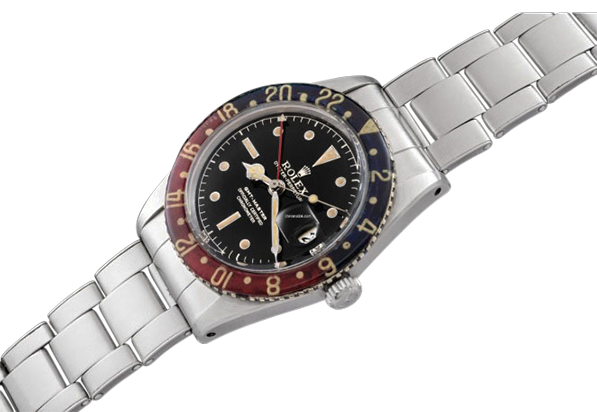 This model was water resistant to 50m and did not have crown guards, a feature which would be introduced in the late 1950s to protect the crown from knocks and bumps. In 1959 Rolex introduced the ref. 1675 and this was available through to 1980, this reference featured a case redesigned to 40mm, crown guards as mentioned above were added along with a twin lock crown. Larger knurlings were also introduced on the bezel, and the dial had the same radium lume as the previous version. The text on the dial was a gilt style. The gilt style refers to the first type of dial Rolex used on their sports watches (including the GMT) they can be easily identified by the gold text which appears on the surface. 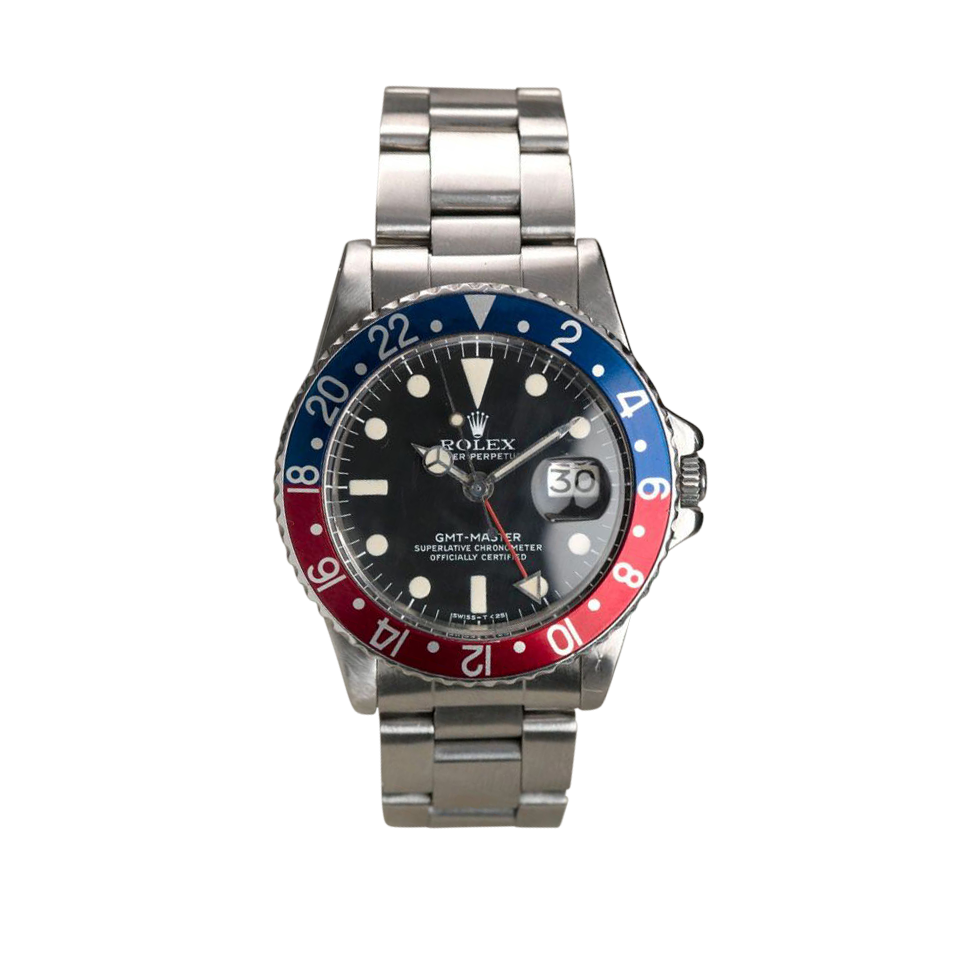 In 1971 Rolex introduced a “hacking” feature which enabled the watch wearer to stop the second hand movement and set the hours and minutes hand, this allowed the user to be able to set the time more accurately. In 1971 Rolex also changed the writing under “GMT Master II” which now read “Superlative Chronometer Officially Certified” where as previously it read “Officially Certified Chronometer” One of my favourite vintage versions of the Rolex GMT is the 1675 from 1970 which was originally fitted with a blue bezel insert and lovingly has the nickname “The Blueberry”. This watch was not available from Rolex dealers as an official model but it is believed that they were a special reference for the UAE Airforce. These are in very short supply so I’m never likely to own one but one can dream. 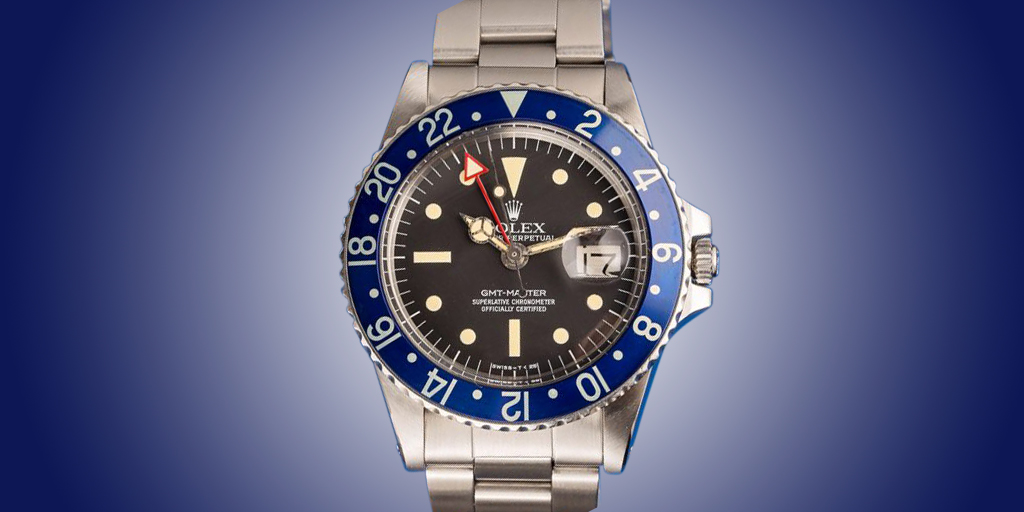 Moving into 1983 Rolex introduced the GMT Master II with ref, 16760 and featured a red and black colour gradient on the bezel depicting day and night hours, red representing daylight hours and black representing night hours, it allowed the wearer to quickly see if it was day or night in the secondary time zone. The Bezel was referred to as the “Coke” bezel due to the colours of red and black being similar to the colours on the Coca Cola cans at the time. The reference 16760 earned the nickname “the fat lady” as it had a larger case than its predecessors and was the first GMT to feature a sapphire crystal, a welcome update to the previously scratch prone acrylic previous versions. Rolex spent a lot of time developing new technological advances to bring out the newer versions of the GMT in 2005, these included Rolex’s patented Parachrom hairspring manufactured from anti magnetic material and is highly resistant to shock:

Other technological advances for the GMT included the larger triplock crown which was originally featured on Rolex’s diving watches. Rolex also introduced the patented Cerachrom bezel which is an extremely hard scratch resistant material which will also not fade over time.

Into 2007 Rolex introduced the GMT Master II ref 116710 (the reference I personally own and love) on this version new features included the anti-reflective coating on the cyclops lens, a green GMT hand, numbers on the dial made from precious metal and the new 3186 movement.

In 2018 the world went crazy for the latest release of the Rolex GMT Master II with the reference 126710 BLRO, incorporating the “Pepsi” bezel (nicknamed due to the colour of blue and red matching the Pepsi brand) and also the Jubilee bracelet. The GMT Master II started out as a tool watch for pilots but as the world becomes a smaller place with the advent of faster aviation travel this watch is appealing as a tool watch to a much wider audience and the functions are used by many as they were intended.

But whether you are travelling the world or just sat in a home office, the Rolex GMT Master II will not disappoint and sits well within any watch collection. One of my favourite watches ever produced and I am looking forward to the announcements from Baselworld 2019. My predictions for this are nothing more than a movement update for the GMT in 2019 and something big for the Rolex Submariner, what you ask, not sure yet but I will make my predictions at some point soon.

Thanks for reading this blog, please also check out our new you tube channel for more watch related information.