I am a huge Formula 1 fan as well as a huge fan of watches.

I think the 2 of them go hand in hand and I find myself looking at the wrist of every celebrity and F1 driver on the race weekends to see what they are wearing on their wrist.

Most if not all of the F1 teams are sponsored by some watch brand or another:

Mercedes are sponsored by IWC,

Ferrari is sponsored by Hublot,

Mclaren is sponsored by Richard Mille,

Renault is sponsored by Bell & Ross 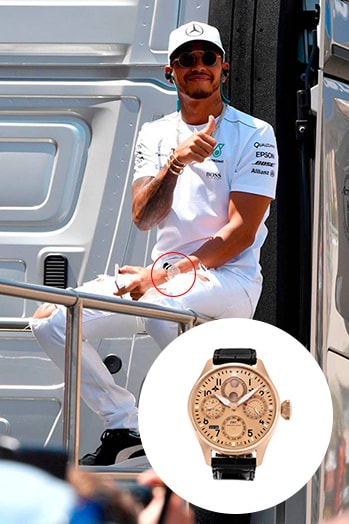 Lewis Hamilton’s favored watch by IWC is the IWC Big Pilot he is seen wearing this at most race weekends, I have seen him wearing the IWC Ingenieur too. I am big fan of the Big Pilot, Lewis wears many special editions of this watch which easily run into five figures.

The Big Pilot is IWCs flagship model so they want to show that one of the greatest sportsmen of all time wears one, and it looks really good on him. I have seen images of Lewis wearing what looks to be an Audemars Piguet Royal Oak Offshore on his private jet so I assume that he is not contracted to wear IWC outside of the race weekends, which leads me to believe this is a Mercedes sponsorship deal rather than a deal with Lewis directly.

You will also notice with the Mercedes boys that the IWC big pilot is printed on their gloves for some added TV time when driving, which I think is a great marketing and advertising idea by IWC and Mercedes, and now some of the other teams are adopting this. 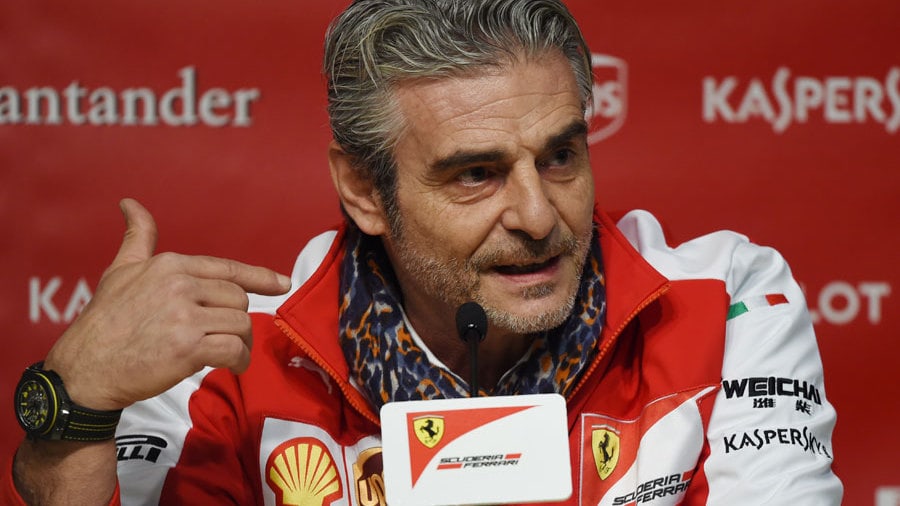 What I am surprised about with the watch sponsorship deals with F1 drivers is that the Ferrari drivers are rarely (if ever) pictured wearing their Hublot watches, I can’t recall ever seeing Kimi or Seb wearing any kind of watch unless it was for a specific Hublot event. The Ferrari team boss Maurizio Arrivabene is often pictured in his 45mm Hublot Big Bang Ferrari Ceramic Carbon. Although again away from the track I have seen Maurizio Arrivabene wearing an Audemars Piguet Royal Oak Offshore when he is not in his Ferrari uniform.

The Ferrari Hublot partnership deal was established in 2011, and the French watchmaker officially signed the deal in early 2012 for the Ferrari World Finals in Mugello. 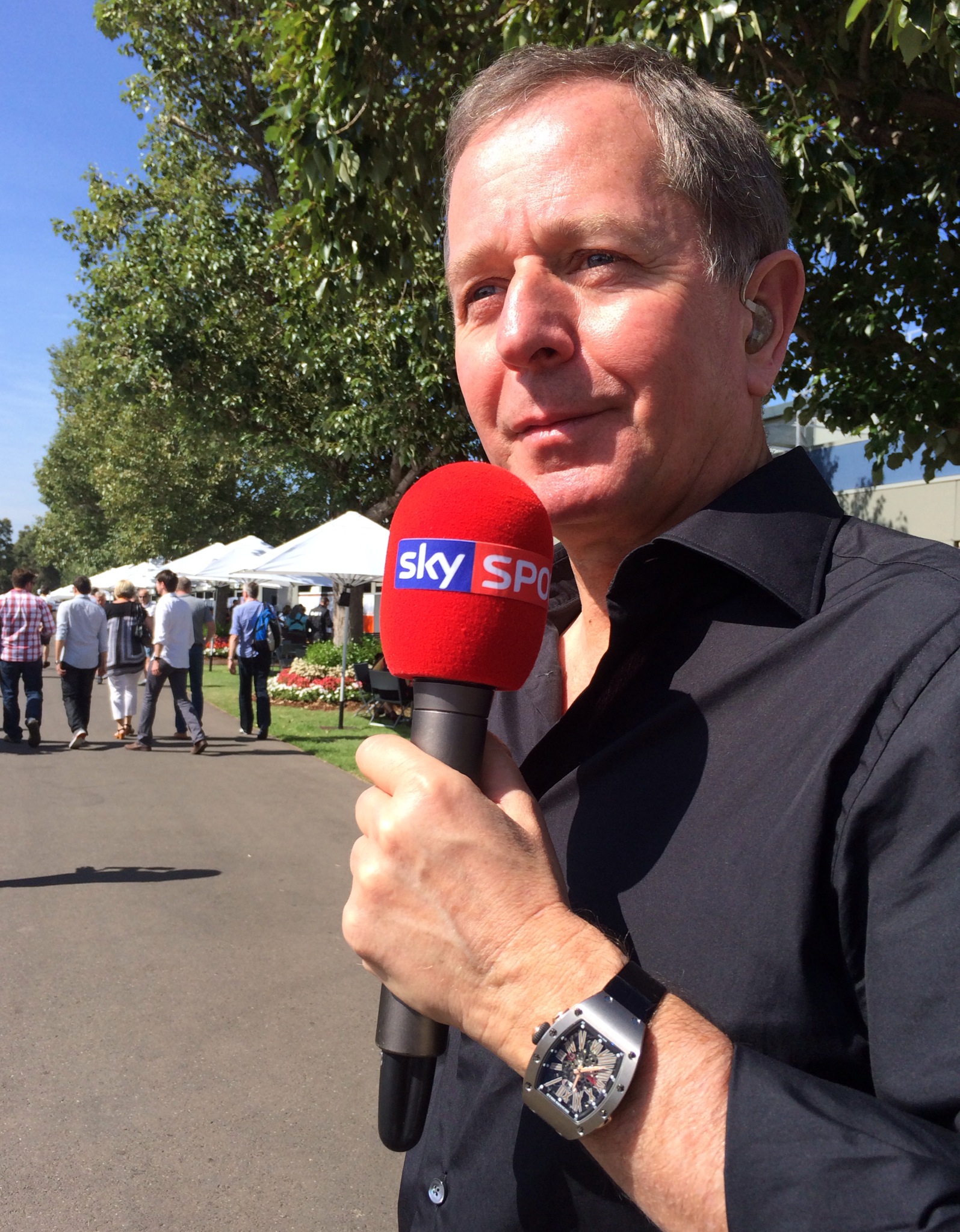 The obvious reason why luxury watch brands go hand in hand with F1 is all about the timing. In a sport where every fraction of a second count, it goes without saying that it makes sense for the high-end luxury watch brands to partner with the F1 teams as it shows that where the teams need highly accurate timing these watchmakers can provide it.

Rolex is now the title sponsor of F1 and I believe Rolex have just employed Nico Rosberg (former F1 world champion) as an ambassador for the watches.

The partnership between the F1 teams and the luxury watchmakers also make sense because of the amount of money, glitz, and glamour surrounding the sport, it is a very prestigious sport. To attend any of the events in the style you need to have a lot of money.

Helicopters can be seen constantly flying in the rich and famous on race day. At the Silverstone circuit just before the lights go out and the race gets underway the airspace becomes the busiest in the world!

I will be bringing you more articles on the synergy between F1 and watchmaking in the weeks to come.