Is this the end of the Baselworld Watch show?

With the recent announcement of the “postponing of Baselworld 2020” due to the coronavirus outbreak, I am predicting that this is the end for the Baselworld Watch and Jewelry Show and believe it has now run its course after 103 years, below I explain my reasons why.

In our recent blog post “Baselworld predictions for 2020” (which can be found here) I predicted the show was due to stop exhibiting anytime, with the statement “To be honest I think time is up on Baselworld with Seiko, Breiltling and the entire swatch group pulling out of the 2020 show.” but now with the news of the postponing of the show until January 2021, Rolex now announcing that they will still reveal their new models despite the Baselworld show not going ahead, and some top brands in Geneve launching their own showcase of their watches at private smaller events, I really do feel that this marks the end of the World’s most famous jewelery and watch show. 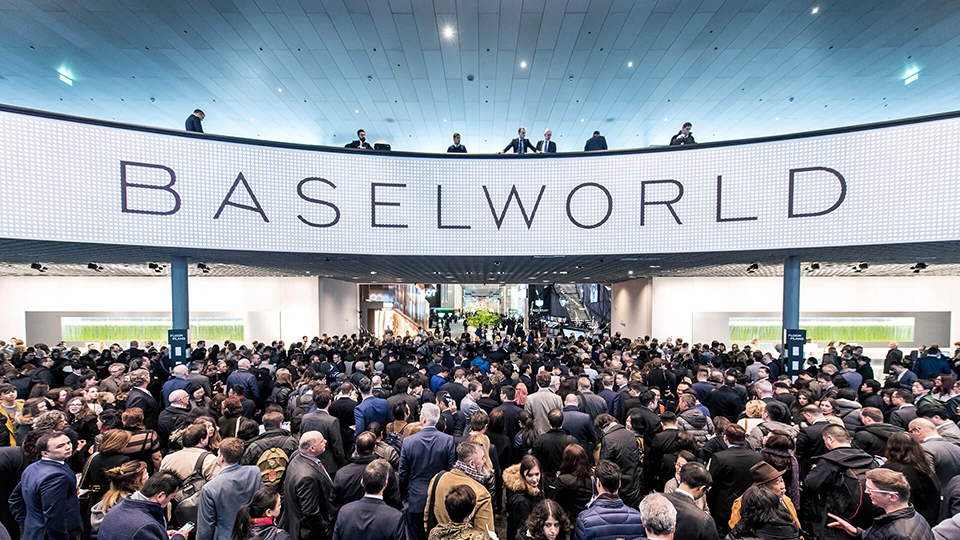 It’s a shame, but I feel the organisers of the show are just not moving with the times and the show is an outdated nostalgia, rather than some amazing experience. I believe people are just clinging on to the last remaining pieces of tradition which remain within a very traditional industry.

I think that the show will run for a couple more years but beyond that I don’t think the show has a future, and I think that time is up on the Baselworld show. Which will be replaced by something more modern and more aimed towards the consumer as well as industry insiders, like any other trade show in any other industry I have attended.

Baselworld started life in 1917 and has run every year since its inception, up until the birth of the internet and maybe a few years after, the show was a great way to connect people in the same industry from around the globe. But the show is not moving with the times and staying connected as the World moves forward at such at fast pace, the show is being left behind, and has now become redundant.

In 2019 Baselworld tried to bring the show into the 21st century by making it a “year round marketing and communications hub” according to the website and trying to make more of a “show” of the exhibition by introducing many new restaurants and bars, but to be honest I think they are just filling the empty spaces they now have left with the Swatch group, Seiko and Breitling pulling out, which was of course a huge blow and the catalyst for what is going to mark the end of Baselworld, I really don’t see how the show can continue for much longer.

When Swatch pulled out of the show in 2018 Baselworld downplayed this as if they didn’t need them to continue with the show, but this has had more of an impact than they care to let on.

For those of you who don’t know who Swatch are and which brands are under their umbrella, they are huge, with 17 well-known brands under their name such as: 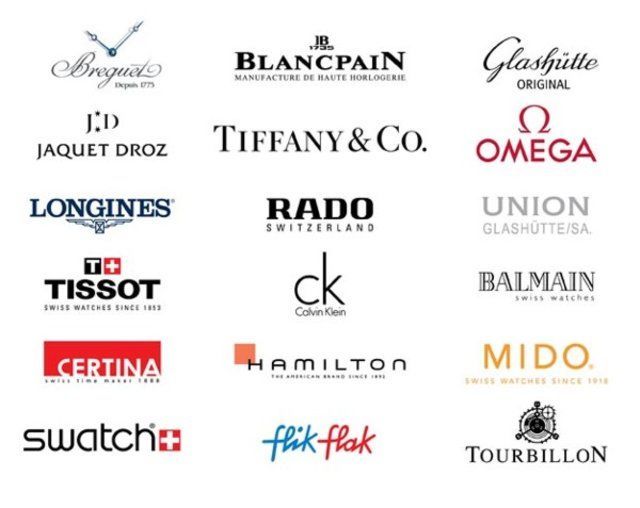 Having visited myself Baselworld in 2018 I must admit I was really disappointed with the show, as a watch collector, watch lover and micro brand owner I thought the show was going to be an amazing experience for me. But in reality, it wasn’t. I attended the show for 4 days and in hindsight 1 day would have been more than enough to see everything and soak up the atmosphere. 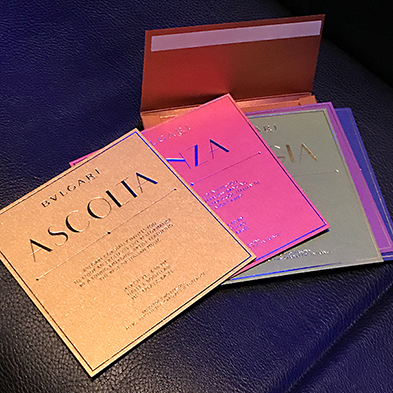 I found myself having to drag myself back there on a daily basis thinking something different might happen. I think if it wasn’t for the fact that I was invited by Bvlgari to their daily after show party, I would have been even more bored that I was after I had walked around the show once. But Bvlgari put on a great after party for invited guests only and made me feel really welcome. Bvulgari also allowed me to try on some of their really expensive timepieces such as the Bvulgari Octo Finissimo Tourbillon (the thinnest automatic watch in the World in 2018) costing EUR 125,000, while offering free Champagne and canapes, you can’t grumble at that! 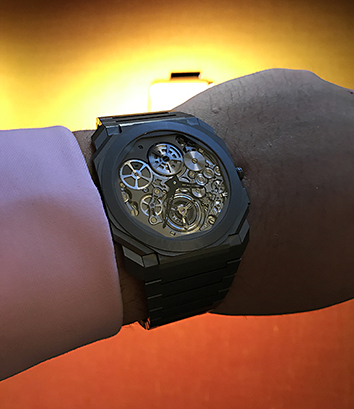 This is where I feel as a “non-connected” attendee at Baselworld the show really lets people down. It feels like a closed show for “insiders only” and you couldn’t even get to touch any watches let alone buy any if you weren’t an industry insider or highly established media outlet.

I have considered going back to the show to give it another chance since my first visit but I really can’t bring myself to waste the time going. Especially when some of my favourite brands announced they weren’t going to be there. I can tell you that some of the watch brands under the swatch group had the best stands with the best things going on, with the most access to the general public.

The Patek Phillipe stand was really good too and their hospitality was great. As one of the most iconic brands in the industry they really made me feel welcome and had no idea who I was (i.e a nobody) so must have treated everyone the same way. This is a brand which could have quite easily shown the same snobbery brands such as Rolex showed to anyone trying to get near their stand or take photographs.

Personally, I couldn’t get anywhere near the Rolex stand (inside), you couldn’t even take photos near the main entrance to the stand without being asked to move on. 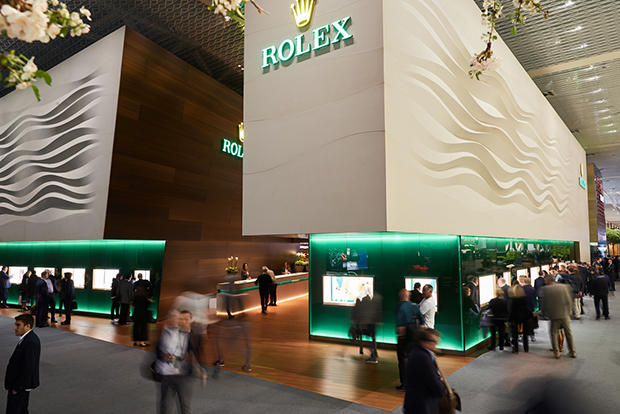 One of the main reasons that the Baselworld show has been so popular and gets a lot of publicity is down to the fact that Rolex use it to announce their new models, I personally think this is the number one reason many people visit the show or certainly one of the main reasons.

Obviously other brands are announcing their new models too, but all of them are really eclipsed by the Rolex announcements in my opinion. Now with the recent news that Rolex have announced we believe through their North American dealers that they will be announcing their new models for 2020 in New York around the same date as the original Baselworld 2020 show, which was a between April 30th and May 5th. And why wouldn’t they announce them on this date? they have probably been working to this date for a long time, delaying announcing the new Rolex models until the new Baselworld show date of January 2021 would cost them sales and would push the timeline too close to the release of the 2021 models. Our predictions for the new Rolex models can be found here 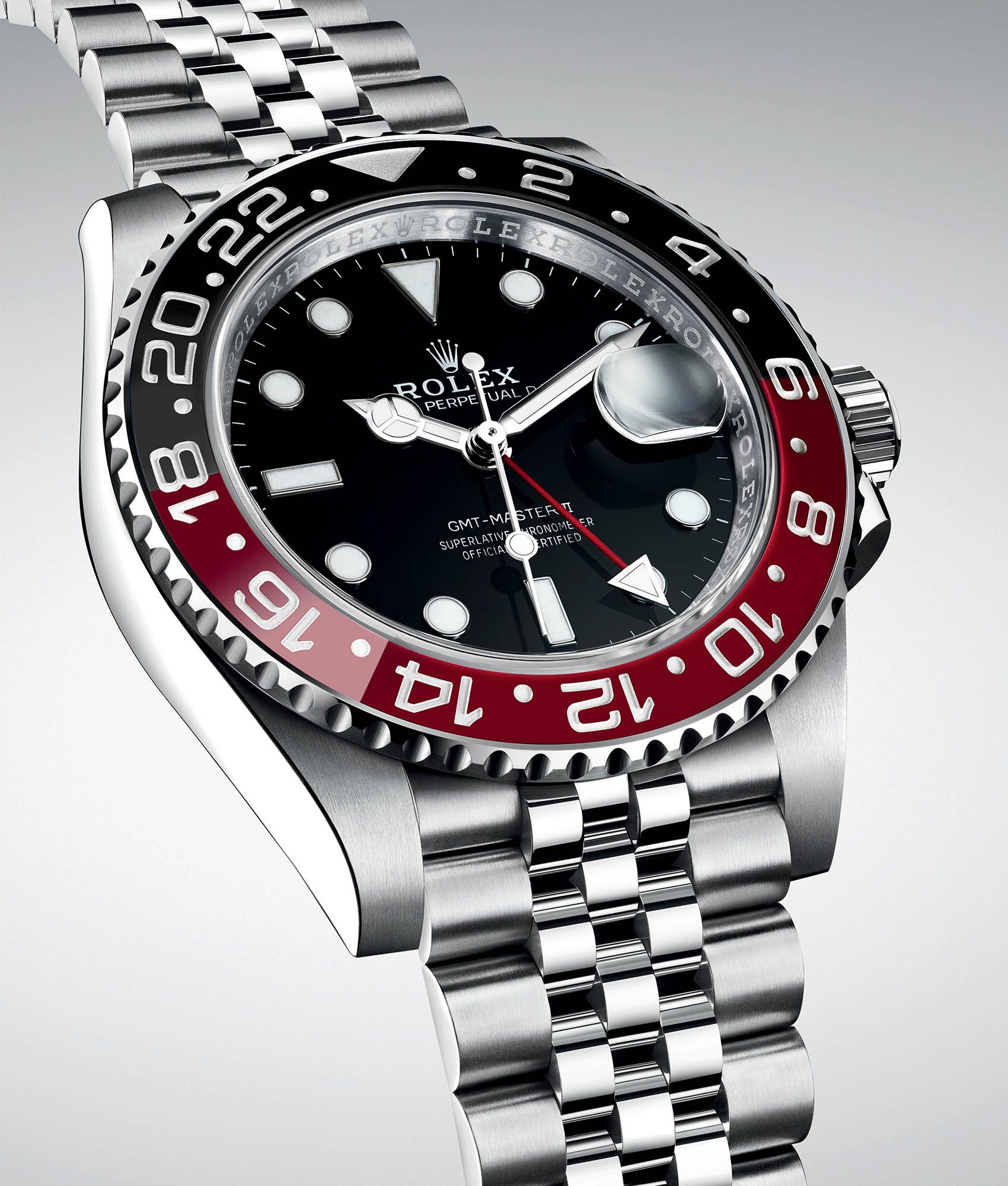 So what do you think is going to happen next, well as with any business competition all of the other watch makers will need to follow suit, so the likes of Patek Phillipe, TAG Heuer and Hublot will also announce their new models at the same time, therefore making the Baselworld 2020 (to be held in 2021) show pointless as there will be nothing left to announce. Why would any of the brands hold models back to release at the Baselworld show just to benefit the show. Baselworld would have been better off just cancelling the show and rethinking the way they do things for 2021.

With the way of the world and social media there is less and less of a need for anyone to travel to the Baselworld show to see new model releases from any brand unless there is an actual “experience” to be had at the show.

Everyone across the planet who is interested can see the new model launches from all major brands within 2 minutes of them being announced on Instagram or news feed websites. So why have all the hassle of overpriced hotel rooms and travel chaos when all you want to see are the new models from the top brands and you have the power to do that with the technology in your pocket!

I will for sure be staying at home, unless Baselworld can start putting into place actions to make it worthwhile for people to attend and make it a real experience worth paying for.

So to summerize I can see the Baselworld show is now really on the ropes and I think that it is only going to be a matter of time before a knockout occurs, and I believe this knockout punch is going to be the show they put on in January 2021, I think that this will be such a flop that it will be the last time the show runs.

This would then pave the way for a new international watch show / exhibition which benefits not only trade but also the general public, is on the same scale as the Baselworld show which came before it, and really provides a worthwhile experience to watch enthusiasts.

I think it’s time for something new and exciting, be it a totally re-thought Baselworld or something new altogether, rather than an annual show which is just holding on to the coat tails of tradition.

What do you think about the future of the Baselworld show?

Let us know on social media.

Please note all opinions expressed above are my own and not the opinions of Vulcan Watch Straps as a whole or any other person or business.