The Most Expensive Rolex

So here it is, one of the most frequently asked questions when Rolex watches are discussed, which is the most expensive Rolex ever sold?

Well we can answer this question for you because as you may already know the Paul Newman Rolex Daytona has become the most expensive Rolex ever sold at auction fetching a whopping $17.8 million in 2017, yes that's million with an "M". But what makes this Rolex the most sought after model in history? 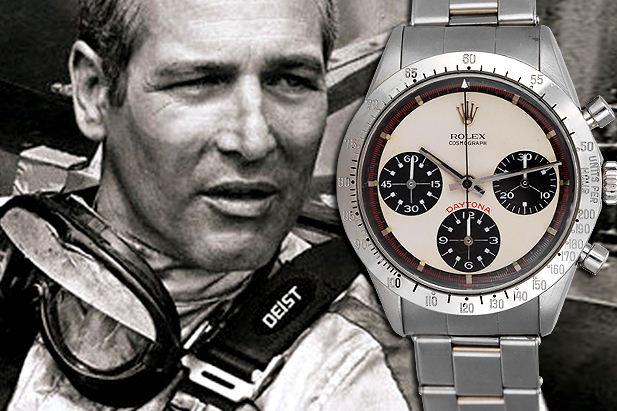 The most expensive Rolex in history is the stainless steel Rolex Daytona with exotic dial. This watch was part of a 50-lot watch sale at the Phillips Auction house in New York. The Paul Newman Daytona was the star lot of the "Winning Icons - Legendary Watches of the 20th Century". What's more this star piece was only estimated to fetch around $1M at auction, and nobody could have guessed it would go for nearly 18x that. The previous most expensive watch sold record was smashed with this auction beating the previous record holder which was a stainless steel Patek Philippe which sold for $11.1 million.

The Rolex Daytona has been a popular model with Rolex collectors since its release in 1963. The Daytona was inspired by car racing and was named after the famous "Daytona Speedway" near Daytona Beach in Florida, and was a daily wearer for Paul Newman, who if you didnt know was a famous actor who loved racing. Paul starred in many films but some of his most famous films included Cat on hot tin roof (1958), Exodus (1960), Cool Hand Luke (1967) and his famous racing movie where the watch is from Winning (1969). You can find out more about Paul Newmans' acting career here on his wikipedia page.

So where did the phase "Paul Newman Daytona" come from and how did it become the most expensive watch is history?

It is belived that a group of watch collectors first coined the phrase "Paul Newman Daytona". It is believed that the dealers when discussing vintage watches and the models they had in stock were tiring of constantly saying "exotic dial" so it became referred to as the "Paul Newman Daytona" and the name quickly stuck and is the go to phase now when refering to the Daytona with the exotic dial.

In the years that followed Paul Newman wore his Daytona everywhere he traveled which lead to the watch appearing in many photographs, promotional materials and documentary footage. The Rolex became so synonymous with Paul Newman that when anyone mentioned the "Paul Newman" Daytona they knew what they meant. 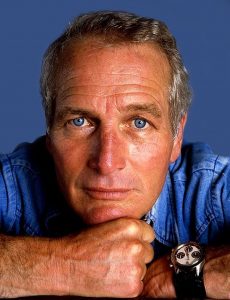 "One of the days at the treehouse, Paul [Newman] asked me what time it was, to set his watch. I replied, 'I don’t know—I don’t have a watch.' He was clearly surprised. So he said, 'Here, here’s a watch. If you wind it, it tells pretty good time.' " Newman handed James [Cox] his Rolex Cosmograph Daytona. "At that time, I knew Rolex was an amazing brand, but I had no idea how significant the watch was," James says. 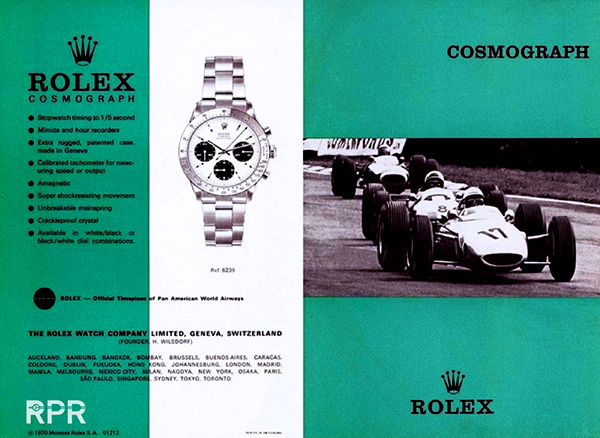 The Paul Newman Daytona's unique features are quite subtle, the original series sub-dials had "block" markers rather than the plain lines along with cross-hairs across each of the sub dials which meet at the centre, all of the original watches had domed crystals. In addition to these features the the seconds sub dial which is located at the 9 o'clock position is also marked at the 15,30,45 and 60 positions. The standard Rolex Daytonas' are marked at 20,40 and 60. The dial came in four color combinations and 4 layout combinations, the dial was installed as an option by Rolex on the Daytona models in the original series. The watch went out of production in the early 1970s, and Rolex does not supply any replacement version of it. The outer track of the main dial is finished in a contrasting color that matches the color of the sub-dials. The typeface used on the sub-dials is different as well. Since the dials were actually made by Singer for Rolex. 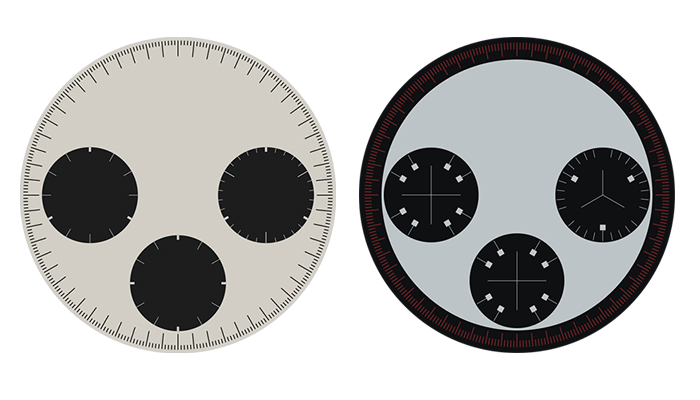